A downloadable game for Windows

Embark on a quest in search of ultimate power, lying in the hands of a hoarding entity. Between your goal and you lie a series of challenging levels and colorful areas that, despite their harmless and welcoming appearance, will not hesitate to send you back to the starting line if you miss a beat.

With a stripped down, three-button input system, you'll have to master the skills of walking, jumping, dodging deadly hazards, sprinting, gliding and flying... all while on ice! Even the ground you walk on poses a threat!

In order to download this game you must purchase it at or above the minimum price of $4 USD. You will get access to the following files:

Really enjoyable platformer.  I really liked that when you got near the text it would go semi transparent.  I am not much into the 2D platformers but this one was fun. The controls felt really nice. The ice sliding and the wind also felt very polished on smooth.

I was wondering if someone was going to make an ice platformer for this one! Despite all odds, you actually made it pretty fun. The ice didn't feel overly annoying because of the level design forcing the player to make lots of quick jumps. Really liked the visuals and music as well, got that Celeste vibe going on but in vector graphics form.

The sound effects are playing more in one ear depending on which side of the screen the character is on, which felt kind of odd. The exit image seems to be lower resolution than the other sprites.

The double jump took me a second to figure out because in other games I've played with double jump, the second jump gets you the same amount of speed as the first.

The game is very cool and music is very relaxing and it's good to help getting calm after infinity rage xD , i hope you enjoy my gameplay https://www.youtube.com/watch?v=_BKp2qbgoaE&feature=youtu.be

With Kenney assets in a frozen environment, and with a red-hair girl whose goal is something as simple as collecting gems, one if think it's a casualized version of "Celeste". But that's not the most important, the most important is the difficulty, it seems very easy by all the mentioned, but as the game progresses, if it becomes increasingly difficult to collect gems to move to the next level, but that's a good progress for the difficulty curve, along with power-ups that can help pick up gems that cann't be reached with normal jumps. 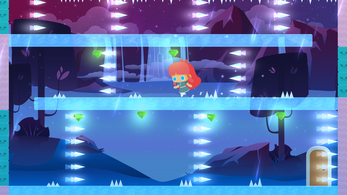 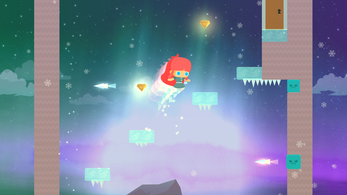 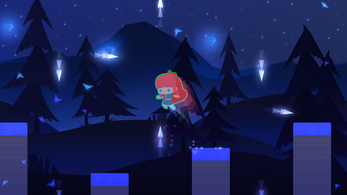 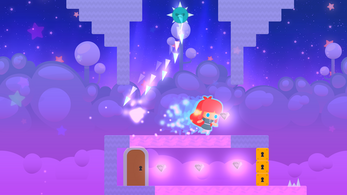 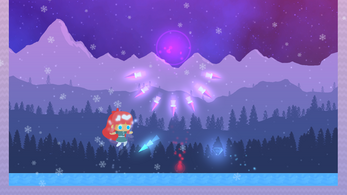